DISOROS permits a wider area of coverage on a typical ASW mission. 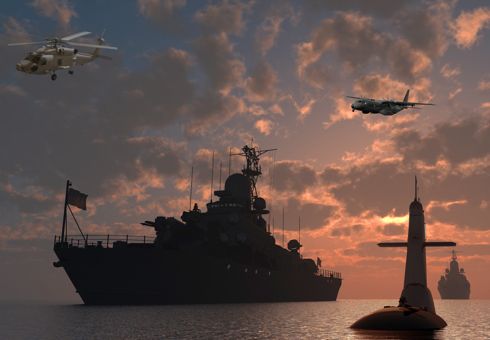 DISOUROS combines the processing and operation of passive and active sonobuoys (both digital and analogic) with the dipping sonar from the helicopter. The result is a versatile system which provides your navy with the state of the art technology in ASW missions.

The combined use of sonobuoys and dipping sonar increases the detection range and improves the precision in the localization of the submarine threats, decreasing the number of acoustic sensors typically needed during an ASW mission.

All the ASW platforms deployed see the same tactical information.

On the one hand, information from the dipping sonar and sonobuoys is shared between ship and helicopter. On the other, the mission’s tactical and intelligence information is shared with all the ASW resources deployed through Line of Sight (LOS) or Satellite (SATCOM) communication.

The operator has all the information and displays, analysis and alarms at his disposal that will allow him to detect and track submarine threats with a maximum efficiency.

Furthermore, thanks to this system, the information is shared between all the ASW platforms. The result is more agile and centralized decision-making. Configuration adapted to the mission and ASW platforms.

As specialists in underwater acoustics, we have developed a system with high-processing capabilities and localization tools such as mutiestastism and energy plot. In addition, we can adapt the system to the customer’s precise needs: type of operation, number and types of buoys, system size.

Its open and modular architecture, enables us to offer different configurations depending on each specific case and also add new capabilities.

The DISOUROS combines the autonomy and endurance of a combat ship and the flexibility, velocity and mobility of an aerial vehicle.

The system is divided into two segments – AS (Airborne Segment) and SS (Surface  Segment): 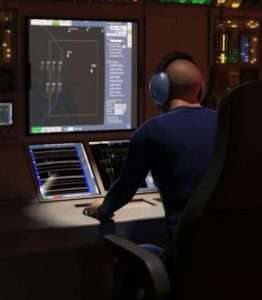 DISOUROS is a system completely integrated with the FTAS mission support system. All intelligence and acoustic information, both form the dipping sonar and from the sonobuoys, is recorded and transmitted through a data link (STANAG 7085) for debriefing and post-mission analysis.